I love the Dark+ Default Theme for vscode, but when programming in Python I always thought the class instance references (aka self) was too bright, which made the core in the class harder to read.

It's pretty easy to customize any attribute in Visual Studio Code — you just need to know which token scope to use. With the cursor over the keyword, use Command Palette (CTRL-SHIFT-P) and select "Developer: Inspect Editor Tokens and Scopes" (official documentation).

The scope for self will show something like this: 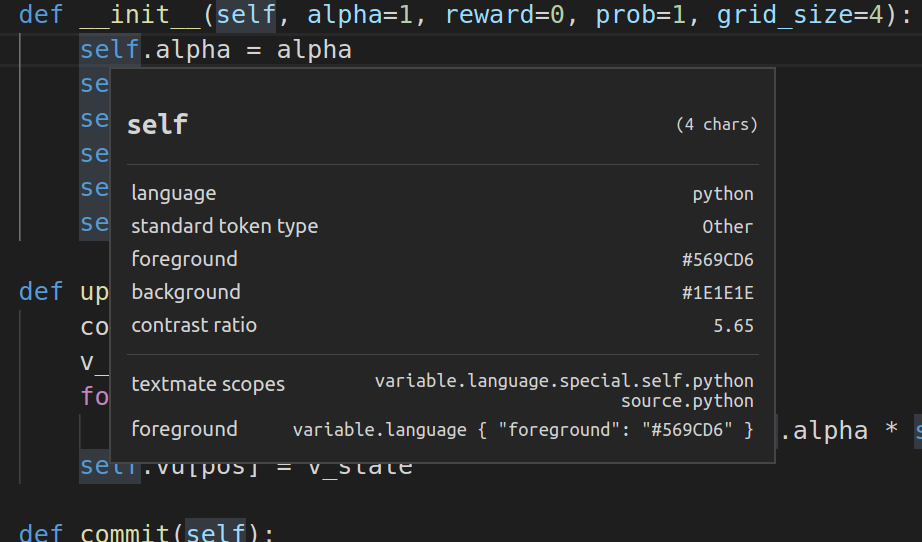 We're interested in "variable.language.special.self.python". With the knowledge of your scope, open settings.json (CTRL+Comma), and add the following snippet:

Save, and you're done!